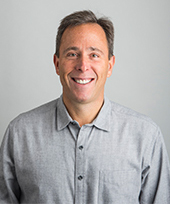 With the transaction’s closing, trading of Supervalu’s common stock will cease as of the market open on Oct. 22 and be delisted from the New York Stock Exchange. Supervalu shareholders approved the acquisition agreement on Friday.

Steve Spinner, chairman and chief executive officer of UNFI, will lead the merged company. Overseeing Supervalu as CEO will be Sean Griffin. Formerly chief operating officer at UNFI, Griffin was named to the Supervalu post last month and takes over from Mark Gross, who stepped down as the Minneapolis-based company’s president and CEO with the completion of the acquisition.

For natural/organic distributor UNFI, the purchase of Supervalu expands its geographic reach and customer base, including across more retail channels. The combined company distributes more than 110,000 products to over 40,000 customer locations — including natural product superstores, independent retailers, supermarket chains, e-commerce retailers and foodservice providers in the United States and Canada.

UNFI has said it expects more cross-selling opportunities with the addition of high-growth perimeter categories such as meat and produce to its natural and organic products. The company estimates run-rate cost synergies of more than $175 million by the third year after the acquisition.

“Today is an important milestone for UNFI. We will take the best from both businesses to create North America’s premier food wholesaler with significant scale, reach and choices for our customers,” Spinner said in a statement. “We are pleased to welcome our new colleagues from Supervalu as well as their customers and suppliers to UNFI. Our companies share customer-centric cultures and dedicated associates who are committed to continuous improvement, which will help drive our integration programs.”

Griffin continues to head the integration committee, which includes executives from UNFI and Supervalu and aims to leverage best practices from both companies as well as deliver the synergies envisioned under the deal.

“We are excited to continue to further build out the store to a more diverse customer base across the country, with broad better-for-you natural, organic brands and fresh perimeter offerings, as we capitalize on opportunities to cross-sell and realize the benefits of the greater scale we now have as a combined company,” said Griffin. “Work has already begun for the company to realize the significant projected run-rate cost synergies associated with this transaction — more than $175 million by year three and more than $185 million by year four — and we are committed to improving profitability into the future.

“We believe that we can achieve these targets and leverage scalable systems to streamline our processes, more efficiently meet the needs of our customers and reduce future capital expenditures,” he added. “We look forward to providing an update on our integration efforts at our Jan. 16, 2019, investor day.”

Combined, UNFI and Supervalu reported fiscal 2018 revenue of about $24.5 billion. Of UNFI’s $10.23 billion in sales, its largest customer — Whole Foods Market — accounted for $3.76 billion, or roughly 37% of total revenue.

Panelists at the recent Supermarket News Financial Analysts Roundtable said UNFI needed to get bigger and diversify its business, while struggling Supervalu had to find a way to grow and stay relevant in the face of larger and stronger competitors.

“There’s a lot of logic behind it, as in distribution you need scale,” said Jefferies analyst Christopher Mandeville. “There’s an opportunity for some cross-selling where they have limited customer overlap, the product offering is completely different and it reduces future cap-ex demands [for UNFI].”

According to Loop Capital Markets analyst Andrew Wolf, the rationale for the deal makes sense but less so considering the price. Under the transaction, UNFI is paying $32.50 per share for Supervalu, a 67% premium from the stock’s $19.45 closing price on July 25, the day before the acquisition was announced. UNFI also is assuming Supervalu’s outstanding debt and liabilities.

“Like any deal, if the valuation is high, it’s just not as good a deal as when the valuation is more reasonable — especially for an asset like Supervalu, which does bring some strategic things to helping [UNFI] with their largest customer, such as the perishable things that Supervalu is pretty good at,” Wolf explained. “Both of the customer groups that they serve were kind of morphing not into the same kind of stores but more of each other’s product.”

Analysts agreed that, going forward, the merged company faces question marks in its ability to integrate the businesses and achieve the expected synergies.

“These are two very much challenged businesses in their own rights,” Mandeville said. “It’s great for a UNFI to get some diversity from a sales standpoint away from the likes of Amazon and Whole Foods because, let’s face it, they completely dictate that relationship and will even more so on a go-forward basis despite the diversification. So I see some logic behind it. I just think there’s going to be a lot of skepticism surrounding the two pulling off what synergies they’ve outlined and actually becoming a more profitable company over the longer term.”

Supervalu, meanwhile, has continued with its exit from the grocery retail business. In September, the company sold 19 Shop ‘n Save supermarkets and one stand-alone pharmacy in the St. Louis area to Schnuck Markets, and next month it plans to close the remaining 16 Shop ‘n Saves for which it couldn’t find buyers. UNFI and Supervalu had said in announcing their merger that the latter’s retail assets would be divested “in a thoughtful and economic manner.”

With the divestiture of Shop ‘n Save, Supervalu will have 111 supermarkets under the Cub Foods, Hornbacher’s and Shoppers banners.